North Fork legislators are lobbying the chair of the state’s Environmental Conservation Committee to pass a bill that would have given local municipalities on the East End the authority to loosen some restrictions on deer hunting had it not been stalled in the lower house of the state Legislature last year.

In a letter addressed to state Assemblyman Robert Sweeney (D-Lindenhurst), Suffolk County Legislator Al Krupski — the initial author of the letter, which was written late last month — said “the overpopulation of white-tailed deer is a crisis which has plagued the East End of Long Island for many years, negatively impacting not only human health, but water quality, biodiversity, private property, the economy and the agricultural industry.”

The four-page letter — supported so far by Southold Town, the Village of Greenport and groups including the North Fork Environmental Council, North Fork Audubon Society and North Fork Deer Management Alliance — calls upon Mr. Sweeney to move the bill out of the committee it never left last year, so the entire Assembly can vote on it. The state Senate passed the bill, 59-2, in May.

Steven Liss, a legislative aide to Mr. Sweeney, said in a phone conversation that officials with the Department of Environmental Conservation — which regulates hunting in New York State — expressed concern about granting towns and villages the option to loosen state regulations. State Senator Ken LaValle (R-Port Jefferson) said he recalled no such opposition while passing the bill last year. A DEC spokesperson said the authority does not comment on pending legislation.

Mr. Liss said that if the deer “crisis” is as severe as some say it is, measures more drastic than deregulating hunting laws will be needed to reduce the herd. He pointed to a plan which Southold Town will be implementing, made possible through a Long Island Farm Bureau grant, that involves hiring United States Department of Agriculture sharpshooters to use measures above and beyond state law <\h>— including baiting and hunting at night <\h>— to cut down drastically the number of deer in the area. Riverhead officials have expressed skepticism to this plan, however, noting that opening more opportunities to hunters would be more preferable than spending money to bring in hunters from outside the area.

The amendments to the state hunting law proposed by Assemblyman Fred Thiele last year would have given the five East End towns the ability to reduce bowhunting setbacks down to 150 feet, from the current state regulations of 500 feet. In addition, opening up a special firearms hunting season for the entire month of January was proposed; currently, only weekdays are allowed. These measures, as well as a couple of other changes offered by Mr. Thiele, were suggested in a deer management plan published by the DEC in October 2011.

In September, a forum hosted by the town on the topic of culling the herd brought out over 300 residents interested in the issue. Southold Supervisor Scott Russell called the problem of deer overpopulation a “public health crisis” at the time.

Because of opposition to reducing setbacks he says Mr. Sweeney has expressed, Mr. Thiele — who represents the South Fork and Shelter Island — said in a Tuesday interview that he plans submitting two bills related to deer management next month when the Assembly returns to Albany. One, he said, would expand the opportunity for localities statewide to reduce their setbacks and the other deals with all the other elements of the original bill.

While he sees no single solution to the deer problem in the immediate future, Mr. Thiele said it’s a step in the right direction.

“All we are trying to do is follow the deer management plan,” he said. “To use a bad pun, no silver bullet is going to solve this issue. But this is one way to work toward that. Every little bit counts.”

The letter to Mr. Sweeney, chair of the Environmental Conservation Committee since 2007, goes beyond the previously proposed amendments to state law, proposing the use of baits as well as trapping and humane euthanasia of deer.

“Every humane tool must be utilized to get our deer population down to reasonable levels as soon as possible,” the letter states.

While the future of the bill in the Assembly remains unclear, Mr. LaValle said he should have no problem passing the new bill through the state Senate next year. The Southold Department of Public Works is seeking $92,000 in state grant funding to expand their deer harvest donation... 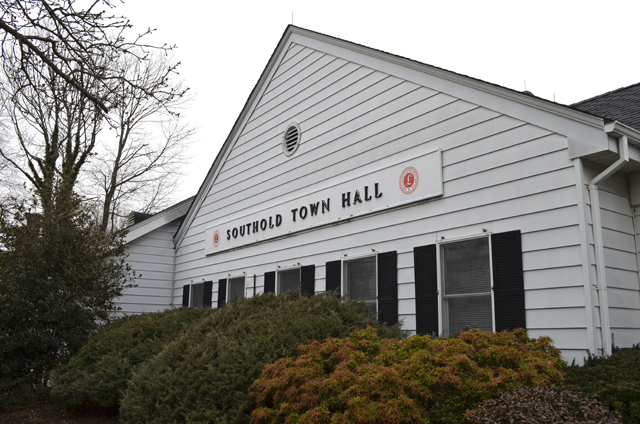 There are far too many deer in Southold Town, something dramatic has to be done to reduce their numbers,...

Southold Town will host a forum on deer management Wednesday, Sept. 12. The meeting, scheduled for 6:30 p.m. at... Town to push back deer census

Southold Town will postpone its deer census, originally set to start in June, until September, according to environmental analyst...