This past weekend was Homecoming at Greenport High School. The highlight of the festivities was the presentation of the Homecoming queen and king, seniors Liz Powe and Sean Walden, and their court. Senior attendants were Kenya Sanders and Neville Reece. Representing the junior class were Rosa Hernandez and Justin Bracken, and the sophomores had Maia Mazzaferro and Tashan Lawrence. The freshman class chose Nellie Spackman and Matt Tuthill as their princess and prince.

Here’s a public service announcement for you. The Greenport Fire Department will be performing its annual hydrant testing Oct. 26 between 9 a.m. and noon.

Jack Levin was a man I’ve known most of my life, having worked as a bus girl at the Soundview when I was old enough to get a job many, many years ago. The spryness in his step (until recently) and the keenness of his mind amazed me. My sincerest sympathies go out to his daughters, Jody, Ellen and Rachel, and their families. Greenport has truly lost an icon.

Greenport had its own version of “The Amazing Race” this past weekend. Despite the rain, teens involved in the event had an awesome time. They had to go around Greenport completing different tasks. When they completed one, they received a clue for the next. Here are a few of the challenges they had to complete: They had to get a Frisbee through a hula hoop twice, collect marked lemons from The Market and then figure out that they needed to go to the upstairs loft at BBQ Bill’s to squeeze the lemon before getting their next clue. Another challenge was to memorize and recite a monologue with the correct hand movements, and yet another was to find ten Gummie Bears in a whipped cream-filled pie. It sounded like a fun-filled time for all.

Healing wishes go out to Mike Volinski, who’s resting up at home after undergoing surgery at Stony Brook. Get well soon, Mike.

The Greenport PTA Family Fun Day and Craft Fair will be held Saturday, Oct. 25. They will have a pumpkin-decorating center and another area for making marshmallow s’mores, along with face painting and crafts for kids. The annual Halloween parade will start at noon at Mitchell Park with a merry-go-round ride and then a walk to the school to announce the winner of the pumpkin-decorating contest, entries of which will be on display at the library. Food vendors and a craft fair will be on the school’s front lawn. In the event of rain, activities will take place indoors.

The happiest of birthday wishes go out to Lee Walker on the 17th; Richie Wysocki and Patricia Bell on the 18th; Tina Leonard and Jean Osmer on the 19th; Mary Herrmann and JoJo Moore on the 20th; Jessica Michaelis, Matt Verity and Julia Loveless on the 21st; Donna Dunne, Irma Lekkas, Charley Kozora, Sylvia Smith and Dawn Angevine on the 22nd; Morgant Fiedler, my cousins Beth Heaney Hamilton and Sean Heaney (the East Hampton version, not the Greenport one) and George Cartselos on the 24th; my aunt, Helen Heaney, Julie Mazzaferro, DeeDee Olstad and another cousin, Robbie Stewart, on the 25th; the Cosby boys, Carl and Will, as well as Debbie Leden Lincoln and Robin Grattan on the 26th; another aunt, Vicky Heaney, Bobby Schroeder, Angela Paladino and Christian Cusati on the 27th; Antoine Hunter and Dylan DePetro on the 28th; and John Williams, Jan Damiano, Tom Welch, Nicole Ellerson and the Golz girls, Carly and Colby, on the 29th. The latest trend on Facebook is a “Nature Challenge” for which you post photos from wherever you live. I’ve... 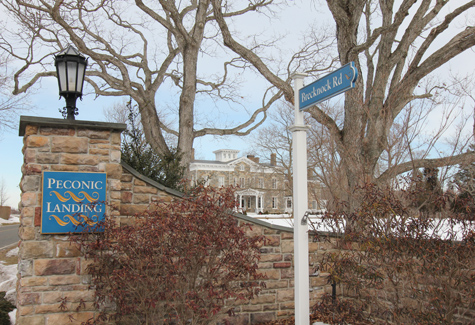 October will mark 12 years since my first column appeared. Deciding to apply for the position was not easy... September is in full swing and you can tell school is in session by the hustle and bustle all...

Finally the sun is shining as I pen this week’s column! Congratulations to this month’s “Breakfast of Champions” honorees:...

Pam Goodland, chairman of the arts department at Greenport Schools, received a beautiful email this past week from former...

David Christianson of New Suffolk, a student at the University of South Dakota, has been chosen to participate in...