The historic First Universalist Church, which was almost totally destroyed by fire in March, has seen its last day.

The few remaining pieces of the building left standing — the lone eastern wall and the back rooms — were leveled Thursday morning by a construction crew.

The church, dating back to 1835 and located at the bend of Main Road near Southold village, was badly damaged in a fire that broke out March 14. Investigators later said the fire was not suspicious.

The church’s congregation hosted a farewell service for the church earlier this month and have been meeting for regular weekly services at another historic building: the Custer Institute observatory down the road.

The First Universalist Church had been restored in 1907, with the now-lost steeple getting its own restoration roughly 80 years later after it was damaged by Hurricane Gloria, according to Suffolk Times articles. The following is The Suffolk Times’ annual listing of Christmas services and special events hosted by local churches. 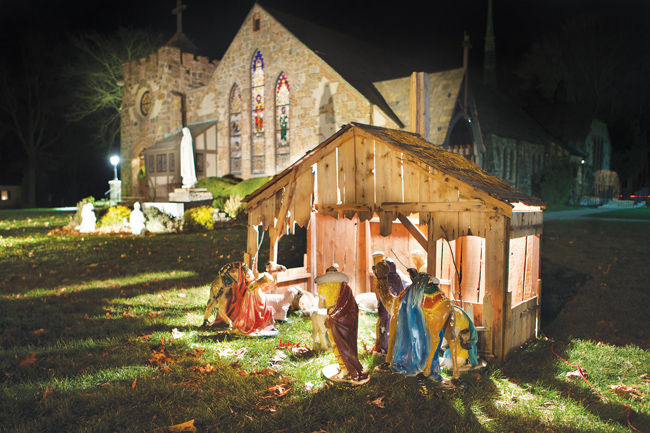 The congregation of a historic church that burned down earlier this year in Southold has found a new temporary home.

Before the rubble at First Universalist Church in Southold is hauled away this week, the community gathered Sunday afternoon to...

As you entered the hamlet of Southold, heading east around the bend at Tuckers Lane, a familiar site always... Community picking up the pieces of fire-damaged church

Minutes into the First Universalist Church service in Southold Sunday morning, a speaker was briefly interrupted by a voice at...