It’s an effort that hasn’t succeeded in the past, but Kevin McAllister is once again lobbying Suffolk County to take methoprene out of its mosquito spraying plan as the county considers its course of action for next year.

Mr. McAllister, the former longtime director of the Peconic Baykeeper who founded the nonprofit DefendH20 last year, says the chemical is overly harmful to the area’s waterways and some invertebrates living inside them.

County officials, meanwhile, say the agent used to control mosquito larvae has been in use for over 20 years in local waters and that no known adverse impacts have been found.

Methoprene was first approved by the Environmental Protection Agency in 1975 and has been used to control the mosquito population in Suffolk County since 1995. According to the EPA, “no developmental toxicity can be expected in humans” as a result of methoprene exposure either in pregnancy or early childhood.

In late September, Connecticut Senator Christopher Murphy sent a letter to New York Gov. Andrew Cuomo, state Sen. John Flanagan and Assembly Speaker Carl Heastie asking New York to pass a law similar to one passed in his state that now bans the use of methoprene except in rare instances. The letter says methoprene “may have contributed to the lobster’s precipitous decline” in the Long Island Sound — something the state is currently studying — and calls on the leader to partner with Connecticut and ban the pesticide.

County Legislator Jay Schneiderman (I-Hampton Bays) introduced legislation in 2007 and 2013 to restrict the county’s use of the material, though it failed to pass both times. As the supervisor-elect of Southampton Town, Mr. Schneiderman said he hopes to explore the option of creating an East End Vector Control District, which would permit the five East End towns to stop the use of methoprene in local waters if they so choose.

According to Suffolk County’s Superintendent of Vector Control, which oversees mosquito spraying, the scientific data doesn’t support the move.

“What a state legislature decides to do is not scientific evidence of anything,” said Dominick Ninivaggi, who runs the department

Methoprene is one of five chemicals the county uses to keep its mosquito population down, he said. The county came up with a long-term plan for Vector Control in 2007 and specifically explored any potential dangers methoprene could have. Concerns about methoprene were considered “speculation.”

In contrast, Mr. Ninivaggi said the pesticide is a benefit to county residents. Using it near salt marshes prohibits the need to use less effective chemicals that would then require more spraying elsewhere — like in a residential area, for instance, which would increase human exposure to other pesticides.

“Like all the other tools we use, we use it in the right time, place and circulation,” he said. “And by using them all together, we can come up with a good program.”

Both Mr. Schneiderman and Mr. McAllister, however, remain unconvinced. While the legislator was unable to pass a restriction on methoprene, he sponsored legislation funding a Stony Brook University study into how Connecticut’s Millstone Power Plant may have gradually increased the temperature in the Long Island Sound, thus leading to a local lobster die-off. He believes both methoprene and the power plant may be to blame.

Mr. McAllister, meanwhile, is still hoping to convince county leaders that the chemical should be avoided. He said he has gained support from East Hampton and Southampton Town Trustees, while Southold Town Trustees want to speak with Mr. Ninivaggi directly before jumping onboard.

“For all of the rhetoric coming out of the mouths of county officials about the degradation of our waters, it’s unconscionable that the county continues to poison our wetlands all because of an annoying insect that is never going away,” he said.

The county’s Council on Environmental Quality approved Suffolk’s 2016 Vector Control Plan last month. It will next go before the Environmental, Planning and Agriculture Committee at its Nov. 23 meeting before the county Legislature considers it. While most of us go outside and take precautions to avoid ticks, Cornell Cooperative Extension of Suffolk County employee... 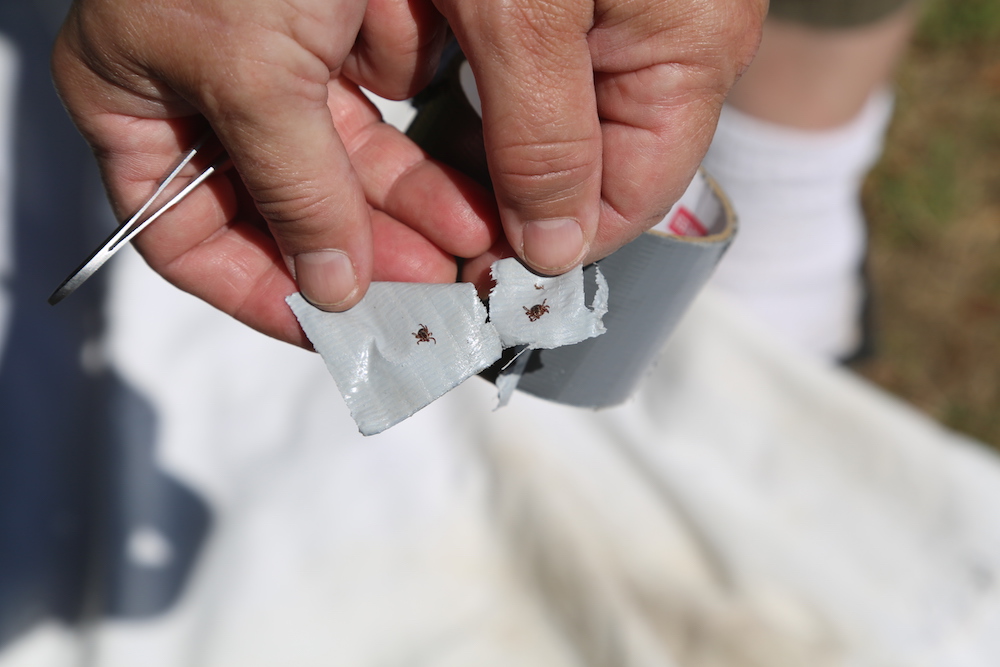 A mosquito sample in Southold tested positive for West Nile virus, according to the Suffolk County Health Department. The...

Marshes in Greenport, New Suffolk to be sprayed for mosquitos