Above all else, Kenny Finne of Greenport made sure to put his family first.

The North Fork native taught his two sons — Christopher and Dylan — how to fish, went on walks with his relatives or watched his nieces and nephews while he worked as a painter.

“He always was a father figure to a lot of us nieces and nephews,” said his niece Brittany Hansen. “Kenny was always in a good mood. He was always smiling, happy.”

Mr. Finne — whom family members said loved the outdoors — died Thursday evening at Stony Brook University Hospital, a spokesperson confirmed, after succumbing to injuries he suffered in a car crash while riding his bike in East Marion Wednesday. He died on his birthday at age 52.

Family members have set up an online fundraiser to help defray the sudden cost of a funeral, and Ms. Hansen said the family is appreciative of the support they’ve already received from friends and neighbors.

Mr. Finne was riding a bicycle on Main Road around 12:40 p.m. eastbound on Route 25 Wednesday when he was struck by a vehicle driven by George Fitzpatrick, 74, of Orient. Mr. Finne was taken to Eastern Long Island Hospital with “serious” injuries. He was then transferred to Stony Brook for further treatment, where he later died, officials said. No criminal charges are expected, Southold Town police said on Wednesday, although the case is still under investigation.

Mr. Finne was born and raised on the North Fork and loved to ride around Greenport on his bike, Ms. Hansen said. “Everyone in Greenport town knew who Kenny was,” she said. “He was always on the go.”

A consummate outdoorsman, Mr. Finne also loved to go for walks through the local woods and had a passion for fishing the North Fork’s waters.

“He didn’t care what it was, just to be out in the water with good people and enjoying it,” Ms. Hansen said.

She said her uncle created handmade lures out of wood and other materials to go fishing and worked as a painter.

“He’s very creative,” she said. “He could make all these things out of nothing.”

But it was his commitment to his family that stood out most, she said. Mr. Finne was a happy-go-lucky person who only became upset if something had happened to a family member, she said. He cared for and was beloved by his two sons — ages 28 and 24 — their mother, Mr. Finne’s mother and father, his fiancée, brothers and sisters and nieces and nephews, she said.

“My uncle is the kind of person to give the shirt off his back,” she added.

Funeral arrangements for Mr. Finne have not yet been finalized. 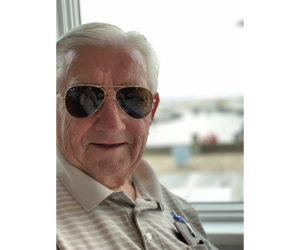 A per-diem employee at Peconic Landing, a lifecare and retirement community that’s home to more than 450 residents aged...