The New York State Education Department has released its proposed changes to the controversial Common Core standards and wants the public to have its say on the proposal.

The state is looking to change 60 percent of English Language Arts (ELA) standards and 55 percent of math standards, according to a draft report released Wednesday.

Among the proposed changes to ELA include merging “reading for information” and “reading for literature” into the same standard in order to ensure a “healthy balance of both types of reading across all grades,” according to the proposal.

For math, one of the proposed changes include to “clarify the standards so that educators, students and parents clearly understand the expectation without limiting instructional flexibility,” the proposal states.

The SED is also looking to enhance standards for children in pre-k through second grade by emphasizing that program decisions are based on emotional needs, according to the plan.

Gary Karlson, vice president of the Riverhead Central Faculty Association, said he believes those students have been impacted the most since the state’s rollout of Common Core standards.

“It’s placed an undue burden on our teachers in those grades,” he said. “Hopefully, this focus on early childhood education is more respectful of teaching the whole child — not just the child as a data point.”

For the past few years, parents and educators have rallied against the state’s latest system of so-called high-stakes testing, which ties teacher evaluations to the Common Core standards. Their principal strategy has been the opt-out movement, under which students refuse to take mandated assessment tests.

In December, the state Board of Regents, which drafts education guidelines for New York public schools, responded to high-stakes testing concerns by imposing a four-year moratorium on the use of student scores from required assessments to evaluate teachers and principals.

This year, for the first time since April 2013, when the state mandated the controversial Common Core standardized testing, the annual English Language Arts and math assessments were untimed and had fewer questions.

David Gamberg, superintendent for Greenport and Southold school districts, said while he’s pleased to hear the SED is seeking public input on changing the standards, he believes more needs to be done.

“The practices of teachers and the quality of how we engage with students goes well beyond a set of standards,” said Mr. Gamberg, an outspoken critic against Common Core. “Creating a positive and vibrant culture in any organization is one such element. These healthy cultures can in fact hold themselves to high standards and the best of them do it without external pressure. It is overly simplistic to think that this is how change occurs.”

If approved, state officials said the new standards will also enhance educational needs for English Language Learners (ELL) and students with disabilities, among others.

Riverhead school district superintendent Nancy Carney said while she agrees giving the public an opportunity to comment is an important step in the planning process, she’s concerned about a lack of flexibility with assessments for these specific student demographics.

“It is still not clear to me how — and when — any changes will be made,” she said.

The deadline for public comment on the proposed standards is Nov. 4. The final revisions are expected to be presented to the Board of Regents early next year. 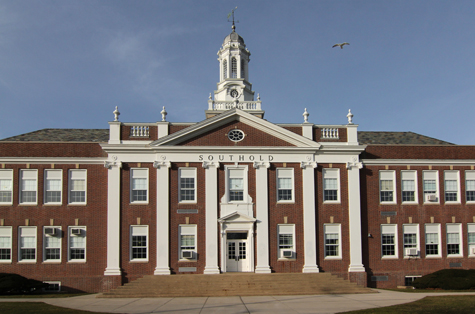