A popular parable starts with a young boy throwing starfish that washed up on the beach back into the ocean. An old man comes up to him and asks what difference he can make as thousands of starfish still line the beach? The boy picks up a starfish, tosses it in the water and says, “I made a difference for that one!”

It’s a saying Catherine and Robert Harper live by and a way of life that earned them the distinction as Mattituck-Laurel Civic Association Citizens of the Year at a reception Wednesday evening.

Beginning in 2016, the 29-year Mattituck residents have played a key role in getting local support to help their neighbors through Rebuilding Together Long Island, a chapter of the national nonprofit which relies on volunteer labor and donated materials to perform no-cost repairs for homeowners in need. Until the Harpers got involved, the Long Island chapter only extended as far east as Mastic Beach.

“Robert and I have always been concerned for the welfare of others,” Ms. Harper said. “It took several years to bring Rebuilding Together Long Island out to the North Fork. There was such a need. We wanted to keep community members warm, safe and secure at no charge to them.”

The Harpers remembered people they have helped over the years, some of whom were in the audience Wednesday.

“I think of the 93-year-old woman in Mattituck who no longer needs buckets and punch bowls in her living room because we went in and repaired her roof,” Ms. Harper said.

Karen Intorcia of Cutchogue was one of the recipients of the Harpers’ good will. After her oldest son died in 2013, she took responsibility for raising her grandson Liam, 4. The space wasn’t ideally set up for raising a child and needed some TLC.

“Bob and Catherine are just amazing, I am inspired by them,” Ms. Intorcia said. “I am so grateful to know them and they took Liam in as family. You don’t see this too often in people.”

“Karen and my little buddy Liam over there, I have to say, they are now family,” Mr. Harper agreed.

The Harpers expressed the need for more volunteers in their organization; no construction experience required.

MLCA president John Carter said the group chose the Harpers not only for their interest and commitment to their community, but for their compassion for the people in it.

“Their accomplishments are simply amazing,” Mr. Carter said. “If you’ve ever worked with them, you try to keep up. They bring energy and commitment and a range of really valuable skills.”

“Government really isn’t a separate entity, it’s a collaboration with the community,” Mr. Russell said. “It takes a lot of hard work and commitment and the commitment that you two make to this community is already paying dividends.”

Before Rebuilding Together Long Island, the couple was involved with the Bellport Hagerman East Patchogue Alliance, which provided housing services like rehabilitation, counseling, and senior assistance. Mr. Harper is also a member of the town’s Historic Preservation Commission.

“To see so many people here, whose lives we have touched and who has touched our lives in return is wonderful,” Mr. Harper said.

Historic home’s hidden past coming back to life in Mattituck

Preservationists Robert and Catherine Harper of Mattituck have lived in their home on New Suffolk Avenue for 30 years,... 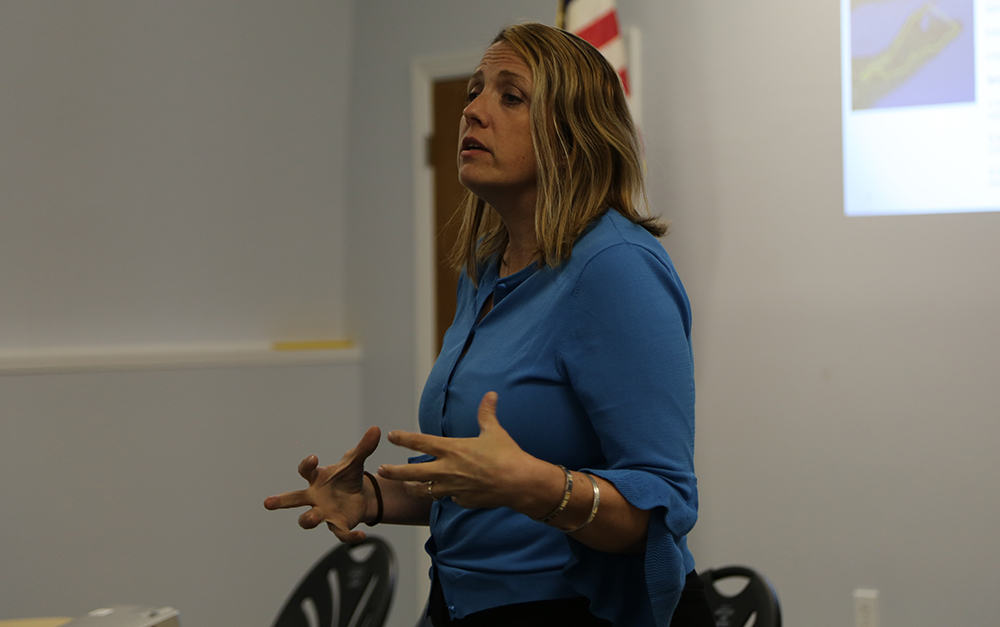 As local government agencies near completion of Phase II of the Bay to Sound Integrated Trails Initiative, a town...