The iconic New Suffolk Common School, which currently serves 15 students in pre-K through grade 6, almost had to send them all to another local district.

But during a special meeting April 13, the Board of Education voted unanimously to cancel a vote that would have asked residents to choose whether those students should be sent to the Southold School District for the 2018-19 school year. Students from New Suffolk in grades 7 through 12 are already sent to Southold.

The vote was called off one day after an agreement between the New Suffolk school board and former teacher Martha Kennelly was finalized, board president Tony Dill said.

Ms. Kennelly, 53, was a tenured teacher employed for two decades by the New Suffolk Common School District. Her position was cut in 2015. Last year, she filed a federal lawsuit against the district claiming age discrimination. The state education department ordered the district to reinstate Ms. Kennelly to classroom duties with $300,000 in back pay.

“Under the law, apparently what happens is after you sign the agreement, the individual involved, which is Martha in this case, has seven calendar days to revoke her agreement and cancel the whole thing,” Mr. Dill said. “Those seven days ran out Thursday. Once they run out it becomes a binding document for both parties. We didn’t want to call the election off until everything was final and couldn’t be rescinded.”

At the regular board meeting one week earlier, Mr. Dill said that the terms of the agreement are to remain confidential and neither he nor Ms. Kennelly can comment on it.

The agreement, however, kept the historic red schoolhouse open this fall. Mr. Dill said future enrollment numbers are expected to remain similar to this year’s.

“We’re hopeful for a successful year again next year,” he said.

The April agreement came less than two months after the school board set the public vote on sending the district’s elementary students elsewhere. 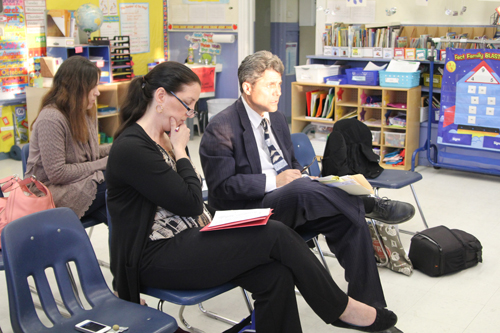