The Mattituck-Laurel Civic Association has refocused its fight against a 20,000-square-foot hardware store proposed for the corner of Main Road and New Suffolk Avenue in Mattituck.

Brinkmann Hardware, which has stores in Sayville, Blue Point, Holbrook and Miller Place and owns VanKemenade Paint in Jamesport, submitted a site plan for new store in June to the Southold Town Planning Board.

Records show that the Brinkmanns purchased the 1.85-acre property from BNB Bank for $700,000.

They are seeking to construct 12,000-square-foot hardware store building and an adjacent 8,000-square-foot building for a paint store and storage — and are proposing 80 parking spots, as required by code. The application is considered a special exception due to the size of the buildings.

The proposal drew swift opposition from residents when first pitched in 2017.

“The unofficial consensus was that 20,000 square feet of development plus parking, et cetera, would have environmental issues, it would create traffic issues and impact existing hardware stores not just here, but down the road in both directions,” said MLCA board member John Carter, describing a forum held at Mattituck Presbyterian Church in 2017.

At a civic meeting Monday, it was announced that Anne Smith would join the organization to lead a small group dedicated to opposing the Brinkmann project through “thoughtful” community input.

“I was ready to do something since I retired and it sounded like something I could at least help start the conversation, get some organization together,” she said.

The group could focus on learning how to navigate the State Environmental Quality Review process, which weighs input from residents along with environmental, economic and community impacts, as well as monitor the project as it moves through the Planning Board review process.

The original application submitted was not approved due to several issues, including parking, that must be addressed.

Last spring, the county and town partnered to make an offer to preserve the property as a park.

“I don’t think the offer was accepted. We thought we made a very fair market offer,” Suffolk County Legislator Al Krupski (D-Cutchogue) said in an interview Monday.

Ms. Smith suggested that another small group within MLCA could focus on organizing fundraisers and exploring grant opportunities should that situation change.

Robert Harper of Mattituck asked if Community Preservation Fund money could be used to eventually purchase the property back.

“We feel that there’s going to be a point in time where the Brinkmanns might be willing to listen to the idea of selling the land and we want to be ready at that time to make an offer,” said MLCA president Charles Gueli, adding that they would be looking into any available avenues to raise funds.

Southold Supervisor Scott Russell said at the meeting that he would prefer the town not use CPF money if the opportunity to purchase the property arose.

“CPF money comes with a lot of strings attached,” he said. “We want to be outside of those encumbrances.”

Mr. Russell and Mr. Krupski both said they remain committed to preserving the parcel.

“The county is still willing to put up money to preserve that parcel should the owner have a change of heart and decide that they’d rather preserve it as a park for the community rather than a detriment to traffic and safety,” Mr. Krupski said.

Some hope the group can focus on gathering meaningful community comments. MLCA member Meryl Kramer suggested focusing on the positives “rather than NIMBYism.” She said the organization should emphasize that the community has been concerned about traffic at that location and the nearby Love Lane intersection for years before this application.

Others agreed that the outcry was not necessarily against the project, but its location.

“There’s plenty of industrial areas around here that would be more appropriate,” Mr. Harper said.

David Perrin, vice president of the Mattituck Chamber of Commerce, said that organization is interested in “responsible growth,” while maintaining community character. “We’re not going to be anti-business, but we don’t think that’s the best location for it either,” he said.

For some, the proposal raised bigger questions about the future of “big box store” development in Southold Town.

According to the supervisor, Southold already has legislation that requires an economic impact analysis to be completed for any proposal that involves building more than 10,000 square feet. “[The Brinkmanns] did submit a check last week for $30,000 to pay for the independent consultant for the economic impact analysis,” Mr. Russell said.

Since the project was pitched, some have expressed concern that a new hardware store would jeopardize the fate of nearby Orlowski True Value, Cutchogue Hardware and True Value in Jamesport.

Some speculated that owner Rich Orlowski was tied into the plan and would work for the Brinkmanns. The supervisor indicated that was incorrect.

“Actually, the hardware store owner isn’t tied into the new proposal,” he said at the civic meeting. “In fact he’s very concerned that he’s going to lose his business and he’s already looking at alternatives for himself and his family.”

Mr. Russell declined to go into specifics, citing a pending application, but said the Town Board shares similar concerns with the community.

Ms. Smith encouraged her neighbors to get involved.

“We’re not a community that’s opposed to welcoming new families and new businesses, “she said. “But this notion of the last green corner … that’s something worth pausing about.”

Turning out the lights in Southold: Forum brings attention to light pollution 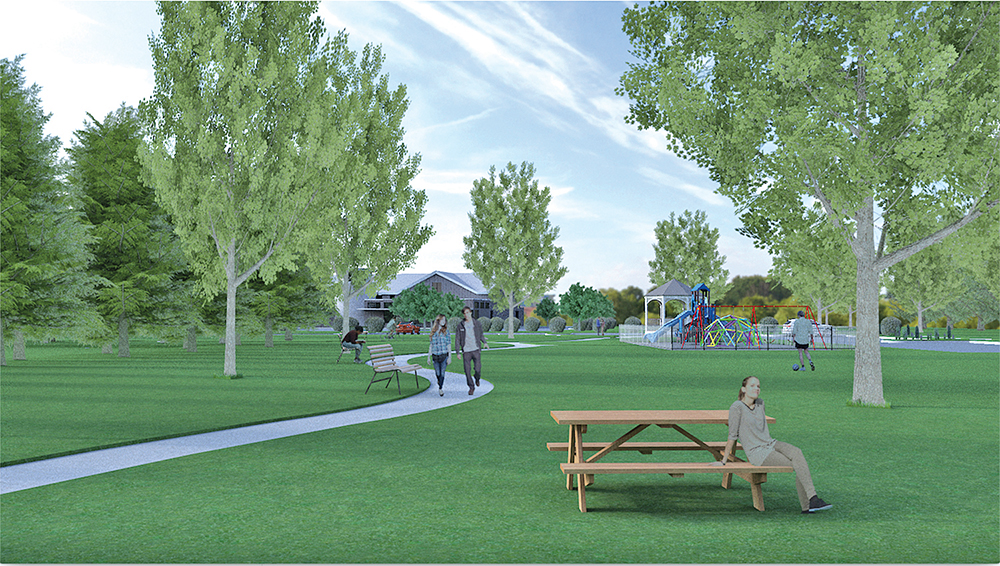