Citing the need to apply for federal grant money, Mattituck businessman Jim Ryan confirmed Tuesday that the Peconic Bay Water Jitney, the water taxi that made daily round trips from Greenport to Sag Harbor last summer, will not run this year.

“This is part of developing the business plan based on the facts we developed during the pilot program,” Mr. Ryan said in an interview. “It’s just part of the process.”

Mr. Ryan, who runs the company with Hampton Jitney president Geoff Lynch, said the Water Jitney is in the process of applying for a federal grant, which may require letters of recommendation from community leaders.

“From our standpoint the water shuttle was a great success,” said Greenport Mayor David Nyce, who said he’d write a recommendation letter on behalf of the Water Jitney should the need arise. “It’s disappointing it will not return this summer. We understand they have financial issues now, but I’m hopeful they will be able to resolve it.”

Mr. Ryan said that the Water Jitney, a half-million-dollar project, launched late last June and ran seven days a week through September, transporting about 17,000 passengers. While it did not make a profit, it came close to breaking even, he said.

The company spent roughly $100,000 last year on unforeseen costs, including $50,000 for the use of local parking lots and another $50,000 for bus transportation to and from those parking lots.

“The fear, which was understandable, was that anyone looking to use the service was going to park right down in the village, which was not the case,” Mr. Ryan said. “Now we can eliminate those costs because the need wasn’t there for it.”

Local business owners expressed hope that the water taxi would be back for another season.

“In a maritime community we should have connection by water to the other fork,” said Caroline Waloski, owner of the Sirens’ Song Gallery in Greenport. She said the ferry was “packed” every time she went on it.

“For economic health on the whole East End, I think it’s a very important thing to have,” Ms. Waloski added. “I hope they rethink this and bring it back.” 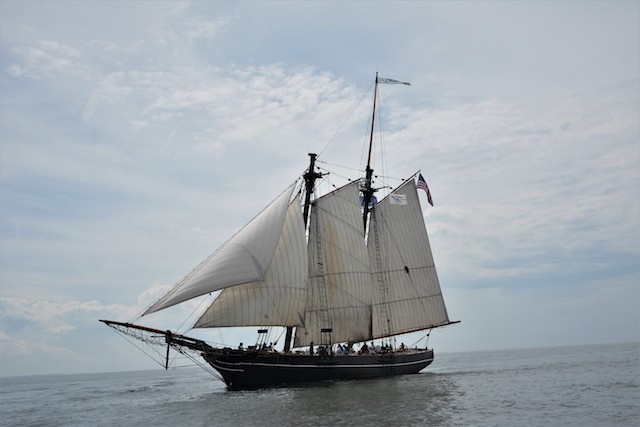